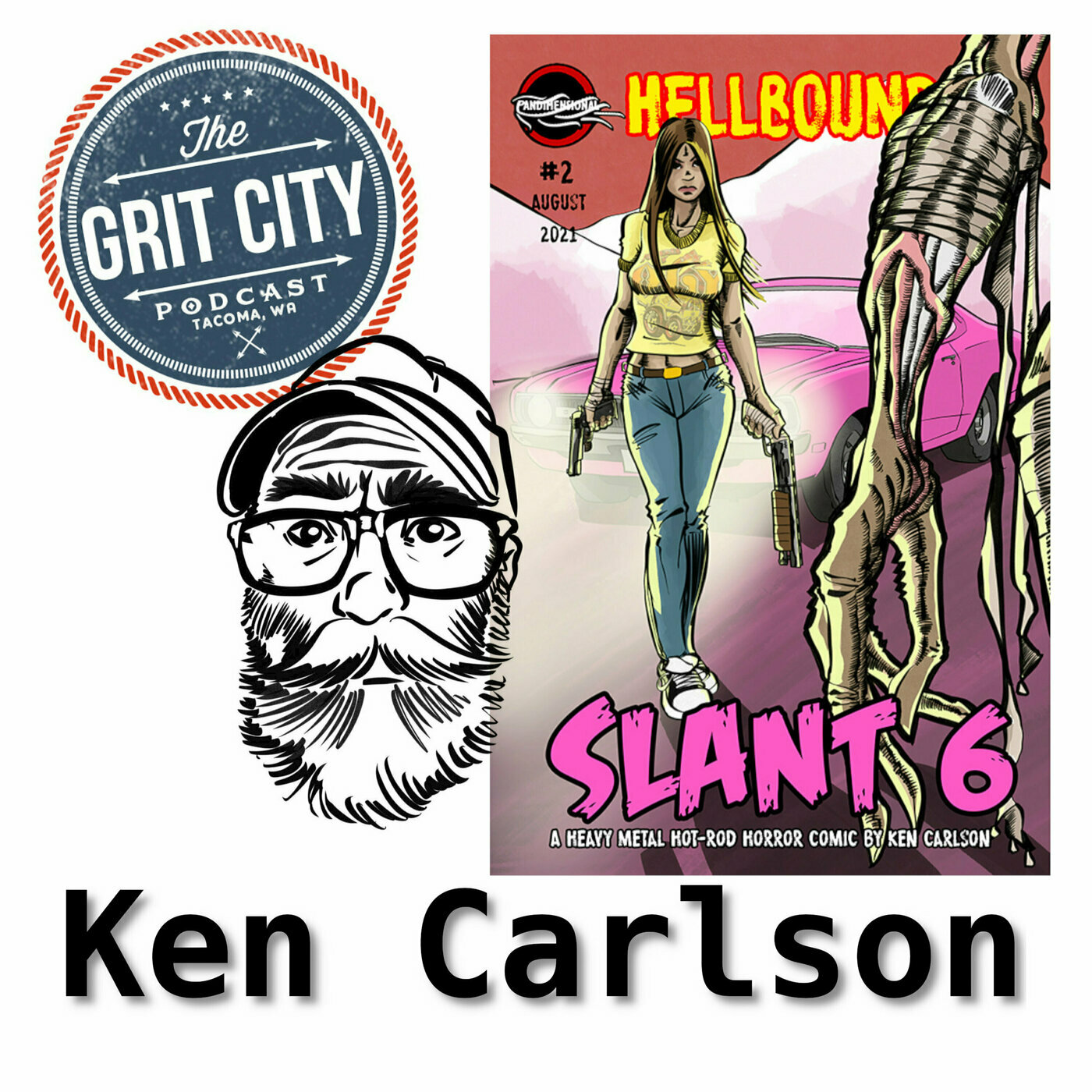 This week the GCP crew is joined by friend of the show, Ken Carlson. Ken is a PNW writer, director, and author of the comic book mini-series Hellbound Slant 6. The four-issue mini-series chronicles the dangerous exploits of a tough-talking, no-nonsense, street-smart girl named Danielle, who's currently on a quest to escape from hell so she can be by her mother's side before she passes away. He has also written and directed Dead Drift, Penny Palabras, and Roscoe the Junkyard Cat.